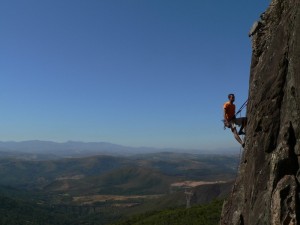 journey you are about to take, some self-doubt is normal and healthy. But it shouldn’t hold you back. The very nature of self-discovery resides in your blood. Over the next few chapters, I’ll reveal how and why this is so. I’ll explain to you why your mind is wired the way it is. You might not know it now, but by the end of this historical interlude, you’ll see why capturing your Lifetime Dream lies within your innate abilities and isn’t as hard as some make it sound.

As with all things, we begin with the Greek. Homer’s Odyssey captures the classic adventure of the trials faced by Odysseus on his twenty-year voyage back home following the conclusion of the Trojan War. The dictionary, at least the American Heritage one I looked at, defines the word “odyssey” as “an extended adventurous voyage or trip; an intellectual or spiritual quest: an odyssey of discovery.” So an odyssey is not just a journey, but an epic journey. In fact, it’s more than a journey at all, it’s a trek. An odyssey, therefore, is an ambitious, some would say heroic, trek.

But, before you can begin this journey, there is one simple two-word command you must follow.