What’s the difference between the Lifetime Dream Process and any of the many other forms of self-assessment? While some of the more astute readers might have already deduced the answer by reading the preceding 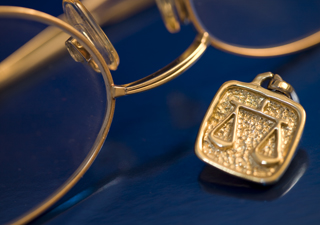 In this chapter I’d like to focus on self-assessments. These often come in the form of a test but might also take on the nature of a conversation. In either case, compared to the Lifetime Dream Process, each fails to get deeply into the heart of the matter. (To understand why getting to the heart of the matter is important, you might want to read or re-read “How to be Successful: The Explosive Truth.”) While some similarities exist, substantial differences in both purpose and results stand out between the Lifetime Dream Process and the self-assessment mechanisms I’ll discuss here.

First let’s talk about a favorite – if covert – pastime of many: Pop-Psychology Tests. Usually found in mass market magazines (indeed, the phrase “Cosmo Quiz” has become a cliché in describing this genre) these tests have gone viral on social media. They do, however, provide loads of fun, entertainment, and conversation.

With this in mind, I designed the very first part of the Lifetime Dream Process to mimic the enjoyable, somewhat frolicking experiences pop-psychology tests offer. After all, the more amusing the exercise, the more likely it will excite you.

And when you’re excited about something, you won’t want to stop. That’s the secret to the pop-psychology quizzes. They imply the promise of revelation with little to no investment in time and they tend to arouse you (sometimes in more than one way).

Like Chinese food, they only seem to fill you up. A half-hour later, you come back wanting more. Unfortunately, since these games only touch the surface – and even then there’s a question of validity – there’s nothing more to be had.

Consider the famous Myers-Briggs test. Based on the theories and ideas of Swiss psychiatrist Carl Gustav Jung, the American mother-daughter team of Katharine Cook Briggs and Isabel Briggs Myers created a psychometric test during World War II to help match women’s personality preferences to jobs they would be the “most comfortable and effective” at doing. After several iterations, the two published the Myers-Briggs Type Indicator (MBTI) in 1962. Chances are, if you’ve ever worked for a large company over the last 30-40 years, you’ve taken this test.

Like any Cosmo Quiz, however, this test, albeit with the appearance of more academic heft, seems to promise to reveal something about yourself it’s implied you might have difficulty discovering by yourself. Regrettably, studies have shown Myers-Briggs to lack statistical validity and reliability (see “Paul R. Matthews response to Clark and Allen,” British Medical Journal, August 23, 2004).

What these pop-psychology and personality tests all appear to lack has been addressed by the Boy Scouts of America. They call their self-assessment tool “Start, Stop, Continue” and it’s not merely a checklist (although the Boy Scouts do use checklists for other assessments).

Importantly, the “Start, Stop, Continue” self-assessment tool requires an iterative process among the members of the troop that is led by (usually) the Senior Patrol Leader. Unlike a static questionnaire, this give-and-take produces a dynamic process that allows members of the troop to dig deeply into the good, the bad, and the ugly of any event or program. This is critical as sometimes a surface issue – i.e., something only skin deep – is merely a symptom of a broader issue.

While the simplicity of the “Start, Stop, Continue” method has proven useful for teenage boys (and their adult leaders), it lacks the complexity of the Lifetime Dream Process. As a result, the “Start, Stop, Continue” process is ideal for producing consensus-building answers for large groups. The Lifetime Dream Process, on the other hand, can afford to lead to more specific results since it will only apply to one or no more than two people.

In cultivating the Lifetime Dream Process, I’ve been attentive of what’s attractive with some of these self-assessment tools and wary of some of the problems they pose. As a consequence, over the years I’ve found using a series of introductory games will activate and stimulate certain creative brain cells, making the start of the Lifetime Dream Process an invigorating adventure.

But I didn’t stop there.

Using several iterative exercises, the Process leverages your enthusiasm for self-discovery; thus, it enables you to dig deeper into yourself in a way no simple question and answer game can.

Not only does this allow you to go beyond the superficial results you get from a pop-psychology quiz or a personality test, it also permits you to create a more personalized game plan than you’d get from Start, Stop, Continue. It even drives you further than strategic planning, which is what we address in the next chapter.