“Why is This Important to You?”

Socrates believed “the unexamined life is not worth living.” He may not have coined the phrase “know thyself,” but he’s famous for traipsing the streets of Athens examining lives by nagging prominent people until he proved they did not “know thineselfs.” So effective was he the good city-state of democracy voted to 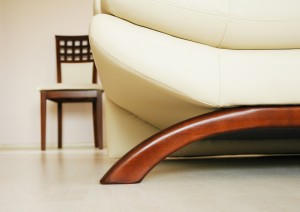 put him to death. Socrates, despite his friends’ wishes, readily agreed to drink the hemlock and thus first came into usage the phrase “good career move.”

But before he died, Socrates perfected a method that would become his lasting legacy. Used today anywhere from the courtroom, to the class room to the psychologist’s couch, we call it the “Socratic Method” (which just shows you how terribly dull and unimaginative philosophers can be at times).

In a nutshell, here’s how it works. Come up with a question or hypothesis and keep asking annoying questions (often the same one or of the same form) until you’ve eliminated all the wrong answers or your community forces you to drink hemlock. Those familiar with the mystery genre of literature might recognize this as Sherlock Holmes case-solving strategy. On the other hand, those more in tune with parlor games might see the Socratic Method as sort of like the game “Twenty Questions” except it’s a lot more irritating. Still, it’s a really effective way to discover your inner self.

Here, let me share with you an example from several decades ago.

I remember back during the dawn of the personal computer era, some smart aleck came up with this idea to create a computer program that mimicked Freudian psychoanalysis. The computer would start by asking a simple question like “How do you feel?” and then an iterative dialogue would occur. Every time the user would answer the computer’s question, the computer would respond with the same form of question. The computer’s question would essentially repeat the user’s previous answer. Here’s what it might have looked like:

You get the idea. It’s definitely annoying, but it has the advantage of easily peeling away the layers of the onion until we get to the heart of any solution. And if you really want to “know yourself,” you absolutely must delve deep within your heart. (For more on this, see the earlier chapter “How to be Successful: The Explosive Truth.”)

Socrates said “The unexamined life is not worth living.” He then showed us a method to examine our lives. Only by removing all those layers covering up your inner core can you discover your true purpose – the meaning of your life.

It’s hard, but it’s easy. It’s easy, but it’s hard. Later on I’ll show you how to find your purpose with an easy-to-use one page worksheet. For now, though, let’s continue with the basics, because once you know the meaning of your life, you’re going to want to do something with that knowledge. Something big.