How to Live the Good Life with No Regrets

If Socrates believed “the unexamined 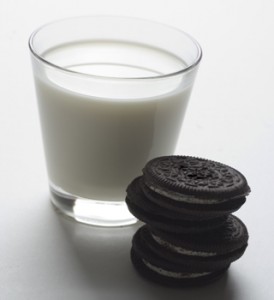 life is not worth living,” then Aristotle believed “the unplanned life is not worth examining” or so Mortimer Adler would have us believe. Adler, the late American philosopher, was author and Chairman of the Board of Editors of Encyclopaedia Britannica, Editor in Chief of the Great Books of the Western World as well as The Syntopicon: An Index to the Great Ideas and Editor of The Great Ideas Today (all published by Encyclopaedia Britannica). He knew a thing or two about Aristotle and, judging by attention to great ideas, he also knew a thing or two about Something Big when he saw it.

Impressed? I wouldn’t be. And you shouldn’t be. At least not until you discover how this can help you achieve your lifetime dream. It turns out, everything we know about the process of planning – strategic planning, life coaching, heck, even financial planning – we got from Aristotle. If what you’re about to read sounds familiar, surprise! It is. It’s just that, if you’re like most people, you probably thought these ideas came from the management guru de jour.

Aristotle stipulates that, in nearly all circumstances, we act only for the purpose of achieving some goal. The goal may be an ultimate goal or the goal may be an interim step to get to the ultimate goal. Therefore, he determines, before we act, we necessarily must define our goal. In other words, the end comes before the beginning. If we want to accomplish Something Big, we must first think of Something Big.

So, how do we know what your ultimate goal is? Aristotle considered this himself. And, by saying he considered it “for himself,” he meant he considered it for all mankind. Aristotle wanted to know what the ultimate game plan of every human being should be. How did he discover this? Well, in a sort of Socrates Redux, Aristotle started with a simple statement and kept asking “Why?”

He established that our – your’s, mine, your uncle’s from Toledo that smells kinda funny, and everybody else’s – singular purpose is: To Live Well.

That was easy. I guess I can stop writing and you can stop reading. Our work here is done. We’ve got our marching orders. Now, let’s all go out there and Live Well!

You want to know “What does it mean to ‘Live Well’?”

Not to worry, as Aristotle would say if he were alive today (I mean, other than “What?! They cancelled Star Trek?!”) is “Yep, there’s an app for that!”

Aristotle thought that only the Right Plan would permit us to live well. The Right Plan, by definition, must (of course) have the right ultimate end. He listed three ingredients to the right plan to live well:

For Aristotle, “living well” under the “right plan” meant living a virtuous life. But by virtuous life, though, he did not mean Greek citizens must live a life where they had to forsake all worldly possessions. (Aristotle was speaking to the Athenians, after all, not to the Spartans). In identifying his three components, Aristotle did not mean to say we should have no friends, power or wealth. Quite the contrary. He felt friends, power and wealth only served to enhance the Greek Citizen’s ability to live a virtuous life. But, as is the wont of Aristotle, he would have advised to partake of these things in moderation.

What does this mean to you? Right off the bat, you now know the basic starting point for knowing thyself: You need to define yourself in terms of living the good life. I’ll show you how to use this simple statement as a launching point to discover the meaning of your life a little later on. Before that, though, we need to leap-frog the centuries. If Socrates and Aristotle illustrated how your brain is wired, the next section will show you how your heart is wired.

In the end, unless you’re a hermit, you won’t be living well in isolation of others. So, before you can begin to achieve your Lifetime Dream, it might help you to take a step back and see what your neighbors might be thinking.

« “Why is This Important to You?” » Why America’s Founding Secretly Influences You